Well It’s Getting Closer to the End of the Month

Well there really isn’t much going on in the back end of my site as I have been busy with my other web sites and my other job so I haven’t hadn’t too much time to tinker around in the back end of Thoughts of Everything. But I have been keeping things up to date with WordPress and the plugins that I have installed. I’m thinking of have my company make plugins for WordPress as I can’t seem to find all the one I want or lack some functionality I need. For right now we got want we need. Right now there isn’t a lot of active members which is nice because I haven’t got the forums all the way done or working with my design. Things are starting to get caught up but I might be looking into hiring someone for my company here soon. As I think it’s time to kick things up a notch so I can focus on some of my hobbies more like this site, writing, music and just other random shit. Being damn limited with shitty ass pain all the time sucks and with the holidays and Black Friday shit is just a little bit more hurting. One day off a week as well. And man fuck I hurt. Normally I wouldn’t allow words beyond shit and ass for public view but that explains my pain levels after this week. Anyways, that’s it for the moment I’m getting a bit tired and I do have to be up early for work. Thanks for reading. 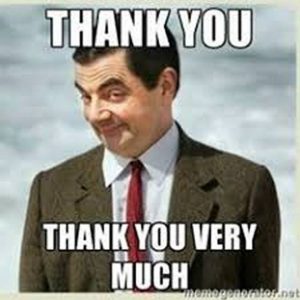 Happy Thanksgiving to those Who Celebrate. 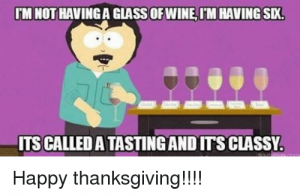 Hello readers and bots alike LOL. Well, today here in the US is Thanksgiving Day and also Black Friday stuff too. What sucks is though I do get to spend most of the day at home I still have to work at 5pm to 3am PST to night. And I’m the lead cleaner for KBS at Kohls so I planning for a really busy evening tonight. But I’m thankful that I have a job. I have a loving pretty girlfriend in my life I will marry this girl. A good family without them I wouldn’t be where I am today.  Despite all the shit going on in the world we all still have it pretty good. Heck I’m thankful for the dumb asses that keep trying to hack this web site as it allow me to test out different security options though I just wish I didn’t have to do it to begin with but can trust some human. Anyways thanks for reading  and you all have a nice day.

Some of the Awesome ESO landscapes Screens

Sometimes while I’m playing ESO (Elder Scrolls Online) I just have to stop and take in the view. What I’m saying is that Elder Scrolls Online has some really nice looking landscapes. Below are some of my screenshots on Steam on my ESO gameplay from random characters of mine, (maybe some with my beautiful girlfriend).

Just Click the Links below and view some of my game play screens. There are high res but I think I have the graphics setting to medium or low.

So as you guys can see my slacking on posting or writing anything has been on pretty obvious at the late. We maybe I don’t think I write enough. Maybe, it because I busting my ass for slave wages. But either way while I try and make my way through this reality I do the best I can even though in my mind it is never good enough or what ever. Maybe I just want to write part of the time who knows. But I have a lot on my plate lately and I wish I could write more for you guys to read.

So before I go on to a random typing I first want to say I have got a new ptc site that I own called Epic PTC and I reopened my other site Atomic PTC. I still have one more in the process as I import the users and data from the old database to the new database as the site ran on an old script but will be running Evolution Script 5.3. But we plan on having our other site Offers And Clicks opened up soon. I’ve been hard at work on these 3 sites and I’m doing my best to hurry up as I got other web sites to work on as well. I know once my web sites are in order I can focus on posting and working on content for this site and my other hobby stuff.  LOL With this being said I have had a lot of hack attempts again – well it’s always happening – but it don’t matter as all ip are logged and I started contacting ISP and what not. I plan on sharing any findings with you guys here soon if my investigations go right.

So on top of the other work I do work another job which I hope to soon have enough business for my own company and sub company’s brand/trade names that I won’t have to work there. But it been getting hard with the cold weather and my back and neck injury making hard as hell to get sleep at night and some times even get any work done and with KBS to keep people happy you really have to bust your ass for little. But I am very thankful as I’m using everything thing I learn and the thing I don’t like I plan on avoiding with in my company as I’m transforming in to a rust of all trades type of company but I will still use Rutakus as it started it all. The Rust of all Trades domain points the Rutakus domain. I kind of excited about my company idea as I plan on trying to be as “green” and sustainable as possible with my company. I also have I bunch of ideas I plan on incorporating but I’m not going public with that. I just hope it goes well as I will be able to take care of family and myself plus also employ others to help them support themselves and treat them like people and individuals rather then a number. Anyways, I know it’s late but Happy November people I hope you having a good day when you read this. Time for me to go to bed as my ass has to get up early for work at KBS in  the morning.

We use cookies to ensure that we give you the best experience on our website. If you continue to use this site we will assume that you are happy with it.OkPrivacy policy